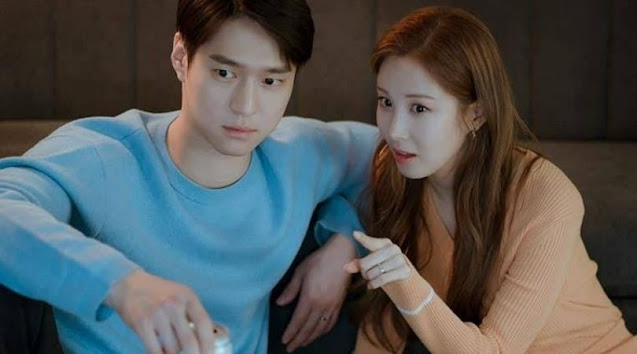 Anything that is liked and disliked by men really depends on the man's personality. So, if you are the closest person, don't worry if the guy doesn't like or ilfeel with you, because everyone's preferences are different.


However, according to some experts there are several things and actions that can make men ilfeel in women. The following is complete, ...

Makeup is something that can make you feel confident, as well as make an impression on your date. However, do you know? in one study found that men prefer women with less makeup than full or menor makeup. Conducted by Alex Jones at Bangor University and Robin Kramer at Aberdeen University, in this study they asked men and women to rate the attractiveness of various women's faces. While women prefer make-up, men prefer a fresh, refined appearance. To be precise: men prefer 60 percent less make-up on women than women find attractive.


2. How to send messages

A study conducted at Binghamton University revealed that sentences that end with a period are less sincere than others usually eliminate the interest of the opposite sex. “Sending messages doesn't have many social cues that are used in actual face-to-face conversations. When speaking, people easily convey social and emotional information with eye gaze, facial expression, tone of voice, pauses, and so on, "said lead researcher Celia Klin PhD, in a statement. “People obviously can't use this mechanism when they're sending messages. It makes sense, therefore, for text-makers to rely on what is available to them - emoticons, deliberate misspellings that mimic speech sounds and, according to our data, punctuation. "

Releasing all your emotions on the table before your date even knowing your middle name can be a big barrier. Noam Sobel, PhD, from the Weizmann Institute of Science in Rehovot, Israel conducted an interesting study to find out how men respond to tears. Basically, they collect tears from people as they watch sad movies and put them on cushions into jars. They then put a bandage under the man's nose, and apparently, the 'smell of tears' affected their sexual desire. Wow, it's unique.


4. Use too much perfume

In two separate studies - one conducted by Glamor magazine and the other by the Smell & Taste Treatment and Research Foundation in Chicago - both men and women reported being offended by the excessive smell of perfume or cologne. As primates, we are more attracted to a person's natural scent, than to what is produced.

You may often wonder why Dalmi prefers Dosan over the good boy, Jipyeong at Start-Up? Maybe the answer is because Jipyeong is too kind. Which makes it interesting. a study conducted at the University of British Columbia concluded that women are more attracted to the "bad guy" stereotype than the "nice guy". Vice versa.